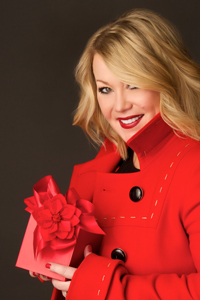 Opening Keynote –  Feeding My Mother: Comfort and Laughter in the Kitchen as My Mom Lives with Memory Loss
Tuesday, April 10th
9:00 – 9:45 am

Jann Arden can bring a hall full of people to tears through song, only to have them, moments later, rolling in the aisles, through her off-the-cuff comedy. Whether she’s performing her music, hosting an event, or telling her deeply personal and affecting stories, Arden’s wisdom and wit shine in everything she does.

Arden catapulted onto the Canadian music scene in 1993, with the release of her debut album, Time For Mercy. To date, she has released 13 albums, boasts 19 top-10 singles, and has received eight Juno Awards, including “Female Artist of the Year” and “Songwriter of the Year.” She has also been recognized with 10 SOCAN Awards, four Western Canadian Music Awards, a Much Music Video Award, three Prairie Music Awards, and an Alberta Recording Industry Association Award. And the list goes on: she has been honoured with a star on Canada’s Walk of Fame, and inducted into the Canadian Association of Broadcasters Hall of Fame.

Of course, never one to settle on a single discipline, Arden was the host of Being Jann on CBC Radio; she has been a judge on television’s Canada Sings, and has appeared on CBC TV’s Rick Mercer Report and in several sitcoms; she is also a returning co-host of CTV’s The Social; on stage, she was part of the cast for the Canadian tour of The Vagina Monologues. Her most recent album of original material is Everything Almost, released in the spring of 2014 which was followed in 2015 by her first seasonal album titled A Jann Arden Christmas.

Arden is the author of four books, including If I Knew, Don’t You Think I’d Tell You?; I’ll Tell You One Damn Thing and That’s All I Know; and Falling Backwards, the widely praised memoir of her life in rural Canada. 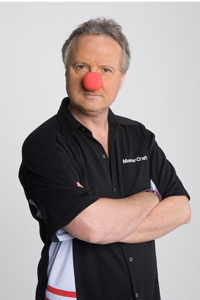 What would you do if, out of the blue, your life turned upside down? What if you went from being a happy and healthy normal child, and then suddenly became an anxious, depressed, twitchy mess of devastating proportion? This is exactly what happened to Stuart Ellis-Myers. At the age of eight, Stuart began to develop one of the most misunderstood neurological disorders of our time . . . Tourettes Syndrome. Faced with the prospect of a lifetime of disability, frustration, isolation, and shame – the typical reaction to this tragic condition – Stuart instead chose to share how everyone can experience a remarkable and Unstoppable life.

One of the most gifted and inspiring public speakers on the conference circuit today. Stuart has used the life lessons learned through years of battling this often emotionally crippling condition to help countless others to overcome their own challenges and fears. His insight and humanity have enabled him to share his own, often painful, experiences in such a way as to offer a real, usable, methodology for overcoming the many pitfalls of modern life. The countless physical and psychological manifestations of our high stress lives are made clearer to understand and easier to bear through his simple and effective system of Unstoppable & Mental Health to Mental Wealth change. By chronicling his journey in the pages of his books and presentations; with both his successes and failures fully exposed, Stuart takes you on a trip through the life of a man held captive but not broken by his mental health condition and yet who found the strength and determination to break free by sharing his Unstoppable message of true and lasting love.

From helping you to face the reality of your current situation; to offering guidance to help you seize the constant opportunities that come our way each and every day; to providing easy to learn and easier to perform exercises to gain control over your fears and doubts. Stuart invites you to join him in creating the foundation for your own mental health to mental wealth UNSTOPPABLE LIFE.

So, if Stuart can overcome the ravages of the rare, incurable and socially bizarre disorder Tourettes Syndrome, and all of the disabling mental health realities that so often accompany it. All the while becoming remarkably successful and published keynote speaker career and his personal life . . . what is holding any of us back from achieving our dreams?

With an unprecedented success record of rave reviews from around the world, he is a favorite at conventions and corporate meetings.