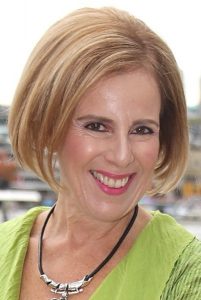 Being successful at work and in life requires the ability to focus on what is within our control. The pressure of everyday life take a toll, both personally and professionally, inhibiting the opportunity to evolve and realize our full potential. In addition, we are bombareded with negative news headlines in a daily basis and are often exposed to whiney or negative people who cross our paths.

Fortunately, it is refreshing to remind ourselves that we can make choices to manage our inner critic, empower ourselves and live the best life possible!. We can decide to lead ourselves, take charge of our thoughts, and consequently our actions, in any situation. Leadership begins with taking the initiative and leading yourself first.
During stressful times, we are often tested to be the best version of ourselves Our attitudes directly impact the workplace atmosphere and the quality of our relationships with colleagues, residents and those closest to us. We should never underestimate our personal power and ability to control our reality.

Delivering her message with insight, wit and humour, Michelle’s energizing, informative and dynamic keynote presentation, you will be reminded of the power of positivity and personal leadership. You will learn strategies to take the lead, embrace any challenge and create your own outcomes, long after the event ends. 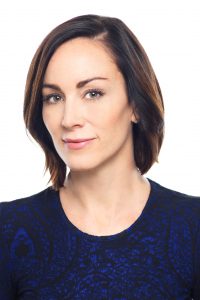 Raised by a poor single mom in a small city, Amanda Lindhout escaped the violence of her childhood home by paging through issues of National Geographic magazine and imagining herself in its exotic locales. As a young woman, her wanderlust led her to some of the world’s most beautiful and remote places, and its most imperiled and perilous countries.

Insatiably curious about human potential, Amanda became a journalist based in war ridden Iraq and Afghanistan.

In 2008 she travelled to Somalia to report from “the most dangerous place on earth.” Abducted by a group of masked men along a dusty road, Amanda would spend 460 days as a hostage, moved between a series of abandoned houses in the desert, surviving on strategy, fortitude and hope.

Her story of survival builds suspense and momentum to reveal life changing insights into mind conditioning. Amanda’s physical and mental pain led to a pivotal moment where she understood that despite everything, she still had choice and control over the mindset with which she faced each day. Using conviction, affirmation, gratitude, and positive thinking, Amanda survived the unimaginable. With astonishing clarity and self-reflection, she teaches through her powerful example that the stories we tell ourselves become our experiences, and that changing our narrative can transform our struggles into opportunities for growth.

Amanda outlines how coping strategies like mindfulness, visualization, and self-talk strengthen resilience. She describes what qualities enable not only survival, but also the capacity to thrive in the face of adversity.

A captivating, unforgettable speaker, Amanda facilitates a shift in consciousness, leaving the audience with actionable takeaways to develop new thought habits, deeply inspired to take on challenges with a new perspective, and empowered to transform stories of pain into stories of power. 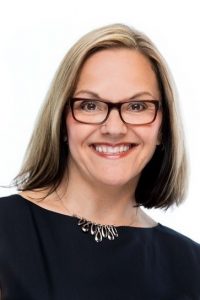 Wednesday Opening Keynote
The Success-Energy Reset – How to Regain Focus, Recharge Work and Life in a Post-Pandemic World
Wednesday, April 6, 2022
Main Stage
10:00 am – 11:00 am

In an age of disengagement, distraction and fatigue still lingering from the pandemic, how we work and live has been tested. As we navigate on-going uncertainty, we are busy, stretched, and stressed and it can feel difficult to stay positive and work effectively.

Health and Productivity Expert Cederberg shares research from her new book The Success-Energy Equation to help regain focus and tap into a well of energy that will increase productivity and reduce overwhelm and stress in every area of your life.

You’ll discover how to:

Full of hilarious stories, anecdotes and innovative strategies, you’ll leave this session with a renewed sense that it’s possible to break free from stress and drive your success, through the pandemic and beyond. That’s Success-Energy, and it’s a formula worth calculating. 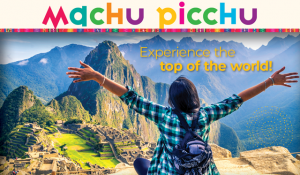 Let us whisk you away to one of the world’s greatest destinations as we wrap up the convention on top of the world!
TWC 2022 will close with a live, interactive tour of Machu Picchu led by a local HeyGo tour guide high up in the Peruvian Andes. Discovering this mystical Incan Wonder of the World is as exhilarating today as the first time outsiders arrived a century ago. Leave your passport behind and experience this majestic and mysterious destination from the comfort of your home or office.